Dutch airline KLM has begun allowing Chinese passengers to use WeChat Pay to buy airfare. It starting doing so quietly on Monday, without advertising the new functionality, or even sending a press release.
And yet, in the last few days, the airline estimated 20 to 30 percent of its Chinese customers used WeChat Pay for their airfare, preferring a payment platform embedded into China’s top social media site over more traditional options. Chinese consumers use WeChat Pay for many types of purchases, so they didn’t need to be told about KLM’s new functionality. They saw it was there, and used it.
“They know how to do that because it’s part of their lives,” Karlijn Vogel-Meijer, who directs KLM’s social media strategy, said in an interview. “The way the Chinese do business, and the way the Chinese use online and social tools is something we can learn a lot from.”
KLM, which announced Thursday it is accepting WeChat Pay, is hoping it may spur demand for flights from Shanghai and Beijing to Amsterdam. It’s probably a good bet, considering almost one billion people use WeChat’s messaging tool each month, and roughly 600 million have enabled the payment function, allowing them to buy goods, including airfare, through WeChat.
“If you look at WeChat in general, you see a platform that is completely integrated in the lives of Chinese people,” Vogel-Meijer said.  “It was very logical for us as an airline to allow customers to pay their most preferred way.”
Logical, perhaps. But not common — at least not yet. KLM says it is the first non-Chinese airline to accept WeChat Pay, though that may change, with the app’s owner — Tencent Holdings — seeking to expand its global reach, especially in Europe and the United States. It wants Chinese tourists to use WeChat abroad as at home, and it’s locked in a fierce battle for customers with Alibaba, owner of rival payments platform Alipay.
Alipay controls about 54 percent of the Chinese third-party mobile payment market, while TenPay — Tencent’s mobile payments division, including WeChat Pay — has about 40 percent, according to data firm iResearch. As recently as 2014, Alipay controlled about 80 percent of this market.
For now, Alipay has a major edge with airlines. Several non-Chinese airlines in Asia, including including Air Asia, Scoot, and Philippine Airlines, accept it, as do a handful of carriers in the United States and Europe. United Airlines and Delta Air Lines take Alipay, while in Europe, Finnair accepts it. Spokesmen from United and Finnair said their airlines are considering adding WeChat Pay, while a Delta spokeswoman said the airline would not speculate on what it might offer in the future.
In June, Finnair CEO Pekka Vauramo told Skift that onboard sales on China flights, including duty free, had increased 200 percent since the airline began accepting payments through Alipay. Finnair, which has made Asian expansion a priority, has been considering offering more luxury goods for sale onboard China flights.
“We have such a big percentage of Chinese passengers on many of our China flights,” Vauramo said. “And it’s something they are familiar with. They don’t have to play with the currencies.”
KLM does not accept Alipay, but it has an established relationship with WeChat. The airline, which also was an early of adopter of using Facebook and Twitter to interact with travelers, has had a WeChat account since 2014. It offers customer service help and basic information, such as booking confirmation, check-in notification, boarding pass and flight status updates. The account receives about 8,000 questions per week, and KLM has a special Chinese-speaking team to answer them.

KLM MAY HAVE SHORT-TERM ADVANTAGE

With WeChat Pay emphasizing international expansion, KLM likely will not be the only non-Chinese airline to offer it for long. But in the short term, it might have an advantage in China, said Will Horton, a Hong Kong-based senior analyst at the CAPA – Centre for Aviation, an analysis firm.
In some cases, he said, KLM simply will earn revenue from WeChat it had been receiving through other payment platforms. But in others, it may win new business.
“There’s certainly a lot of new revenue to gain,” Horton said in an email. “There’s also the benefit, difficult to calculate, of passengers seeing the airline as easier to deal with and being more relevant to the local market.”
Still, he said, KLM’s competiors may not rush to copy it.
“The challenge for airlines is overcoming the ‘if it ain’t broke, don’t fix it’ mentality,” Horton said. “Airlines almost always want more revenue but may think the additional revenue is not worth the cost.”

The Gap's Biggest Problem Is That It Lost Its Brand Identity Once effortlessly cool, now everything—and nothing—to everyone By Kristina Monllos 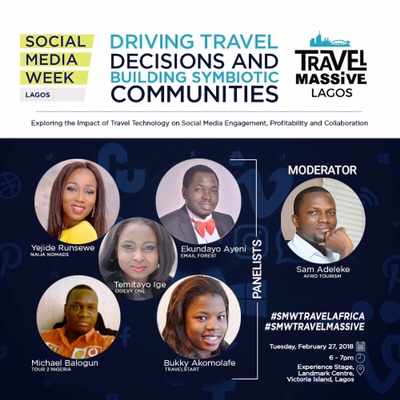