How to improve your filmmaking and cinematography skills

As a budding Director or Cinematographer, the most important basic concepts that are really fundamental to filmmaking, but hardly get talked about in filmmaking are the ‘How Tos’.
It’s very often overlooked or taken for granted by novice filmmakers even by me in my recent short film. Until you’ve been taught these concepts, it’s likely you’ll find yourself struggling with how to improve your filmmaking and cinematography.

Don’t forget, it’s never about using an iPhone, CANON or RED cameras or a truckload of lights and sophisticated gears.
1. Selection
The choice of whether or not to show something – it’s the most basic tool you have, and it’s also the most powerful.
All the way through the film, your audience will be ‘reading into’ your choices of what to show, subconsciously noting, remembering and trying to derive meaning from what they see.
Example:
Shot A, Close up of a child in tears may suggest that the child is in discomfort but a Wide shot of the same child showing the environment with nobody in sight suggests discomfort as a result of Abandonment/loneliness. ultimately your choice of shot( what you want to show or NOT show) is the most powerful way of conveying your idea to the audience.
It shows really clearly that you are not just choosing between a ‘wide shot’ or ‘close up’ – you are choosing between putting completely different thoughts in the audience’s mind.
In other words, it’s not a ‘wide shot’ – it’s ‘showing the vastness of the landscape’ or showing how lonely a person is in a wilderness of state of mind.
Always remember to think in these terms, and don’t take the choice of what to show lightly!

2. Juxtaposition
Where things start to get really interesting is when you consider the ability to ‘juxtapose’ two or more shots in a sequence, to create additional meaning.
A basic example, but this pretty much demonstrates the power of cinema.
Shot A by itself has one meaning, but when combined with shot B (or C, D, E) it has additional meaning, perhaps new light is shed on shot A.
Remember the shot of the little child that suggested she was abandoned? what if the next shot after that is of a woman running hysterically? What comes to your mind as an audience? I would say she is running towards where we saw the baby right?
Okay picture these 3 shots in succession…
SHOT A: Wide shot of Child alone crying
SHOT B: Medium shot of Woman Running
SHOT C: Wide of a man Running with a baby in his hand and the woman in shot B’ running after him now with the juxtaposition of these shots we now have more information as to what is going on right? (Man is running away with woman’s baby as woman leaves child to pursue the kidnapper, and we also know the woman has 2 kids and 1 is being taken away).
BUT…
What if we decide to have Shot C first before shot B then Shot A?
Aha! Now we read a different m

eaning to the situation …
(Man is running with baby in his hands, followed by his wife as they run towards their lost/abandoned child). Notice I didn’t say anything about shooting at 4k or shooting with a RED Dragon or a stereoscopic lens fitted on a gyroscope on a flying crane…
A good cinema/film is all about what we manipulate the audience to see or not see… or to see at a particular time, at the End of the day what sets you apart is the ability to use whatever film-making gadget or camera available to you to navigate the Audience’s attention towards your storytelling.

Memo to my adult son in future 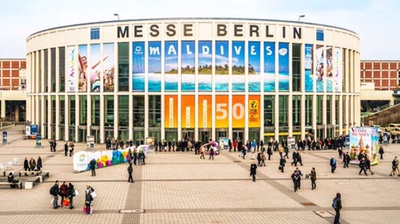