As a toddler clinked together a bucket and spade in childish approval of the nearby three-piece mariachi band, a soldier fiddled with the butt of his automatic machine gun. His polished black boots were impossible to miss among the hundreds of pairs of flip-flops. Sweat streamed over the khaki chinstrap of his camouflage helmet. His heavy bulletproof vest doubled the size of his barely adult torso. It was 34 degrees centigrade and there was scarcely a free patch of sand between the beach towels and parasols, but he was dressed for all-out war.
Despite playing host to Hollywood’s great and good between the 1950s and 1980s, Acapulco’s crescent bay has fallen on troubled times. Frank Sinatra famously described the city as “perfect for a flying honeymoon,” in his 1958 hit Come Fly with Me, but in each of the past five years the homicide rate has been higher here than anywhere else in Mexico, giving rise to a notorious modern title: Mexico’s murder capital.

According to the latest US State Department travel advisories, you’re in as much danger here than in Syria and Afghanistan. In a peculiar contrast though, Acapulco and the state of Guerrero (if you believe the state government) have been seeing a steady rise in tourists. Last weekend, hotels in Zona Dorada, the area overlooking Acapulco Bay, were (again, if you take the official figures as gospel) at 86 per cent occupancy and last year Guerrero saw a 40 per cent increase in tourists compared to 2016, despite 2,316 murders. So what gives?

“Tourists are certainly coming back, but it will never be the way it was,” said 70-year-old taxi driver Miguel, reminiscing about Acapulco’s “glory days” in the 70s, as we drove past tennis court-sized billboards advertising long-term condominium lets and busy bars blaring out metronomic regaton. “You shouldn’t feel unsafe here,” he insisted. “People believe everything they read in the newspapers, but for ‘normal’ people it’s not as crazy as that.”

I didn’t want to confess to Miguel, or indeed anyone, that I was a journalist. Last year six were killed in Mexico, making it the deadliest year on record, and as recently as February 5 an Acapulco-based blogger was murdered as she sat in a local restaurant, in retaliation to posting details of organised crime on social media.
Mexican newspapers, meanwhile, continue to dine out on the situation here. Every Sunday the local broadsheets publish supplements containing gruesome images of lifeless corpses lying in congealed pools of blood. “I can understand why foreigners are scared,” Miguel went on, as we continued onto the barrio of La Quebrada to buy 15 peso (55p) shrimp tacos and watch Acapulco’s famous cliff divers launch themselves from heights of up to 80 feet into the balmy Pacific. “You’re the first gringo I’ve picked up for weeks.”

You don’t need me to tell you that US-Mexico relations are strained, but from what I could see, January’s US State Department Level Four travel advisory – a strict “do not travel” warning – is certainly having an impact. At least anecdotally, I can testify that “gringos” are few and far between, and some locals like Alejandro, the owner of a beach bar I met as a tangerine sun set over the Pacific, believe that the current slump is just another result of anti-Mexican US propaganda.
“We used to have 10,000 US students a week at this time of the year,” he said, sipping from a frosty glass of michelada – beer mixed with spicy red salsa. “Now we have hardly any, and that’s created a huge dent in our economy. We’re hard working people who’ve got mixed up with something totally out of our control.”
I could see the frustration etched on Alejandro’s face, but despite his impassioned plea, Mexico’s crime figures make for startling reading, with over 23,000 murders in 2017. In Acapulco alone, as many as five cartels are known to be fighting out a deadly turf war, and while Zona Dorada is generally seen as a safe haven for tourists, awash with soldiers, municipal police, state police, federal police and private security firms, there have been recent incidences of foreigners getting mixed up in the chaos. A Chilean man was killed in a bar at the end of January when a dispute flared up between two gangs in the early hours of the morning.
An eight-week Spring Break influx of wealthy US students used to set up the local economy for the rest of the year, but these days very few are venturing south. It’s a shame, because the city still boasts some extremely good hotels aimed at foreign tourists, however from what I could gather the majority of people coming here are those who have been visiting the city for many decades. “Don’t go anywhere near drugs,” said John from Texas, on his 15th visit. “That’s where you’ll find trouble. But if you’re just here to hang on the beach, drink cheap beers and get some sun, then there’s absolutely nothing to worry about.”
Mexican tourists, mostly visiting from Mexico City, are also cashing in on cheap rooms and the empty sand of Acapulco’s five-mile bay. On Friday afternoons there’s an invasion from the capital and for 48 hours Acapulco’s tourist strip becomes a heaving buzz of horse drawn carriages, emblazoned with Disney characters and neon tubing. Families come here to feast on whole rotisserie chickens for 100 pesos (£3.85) and buy buckets of five ice-cold beers for 80 pesos (£3) while their children play in the sheltered bay. It’s good fun, and for many Mexicans it could be their only chance of ever dipping a toe in the ocean.

For taxi drivers, however, Acapulco’s revival among Mexican tourists is having a surprisingly detrimental impact on their livelihoods. “Mexicans have more money these days, so they all come here with their own vehicles,” said Jose Luis, pointing out the hundreds of mini-buses and SUVs parked along the city’s main drag, Avenida Miguel Aleman. “No one needs taxis anymore. I used to make 3,000 pesos (£115) a day, taking foreigners to and from the airport, but now I just take people up and down the strip.”
Sadly, there will always be winners and losers. But now that I’ve seen Acapulco with my own eyes, all I can tell you is that, so long as you’re not heading here to buy cocaine, and you take heed of local advice not to wander around certain parts of town (like you would any other major city), then Acapulco certainly isn’t off-limits. 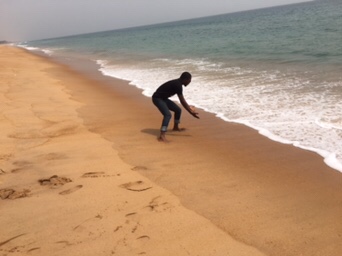 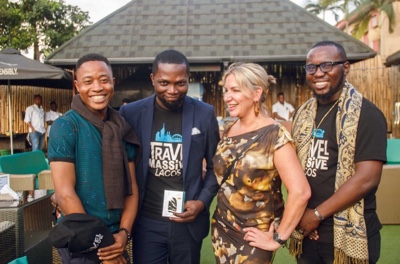 I went to Acapulco, some time ago. Just the once was enough. I guess it has a certain shabby chic charm. And for Chilangos looking for a break with the keywords ‘quick’ and ‘cheap’, it kinda fits the bill. But the main problem for Acapulco has nothing to do with cartels and more to do with the fact that there are just better places to go.

? thanks for sharing Gary