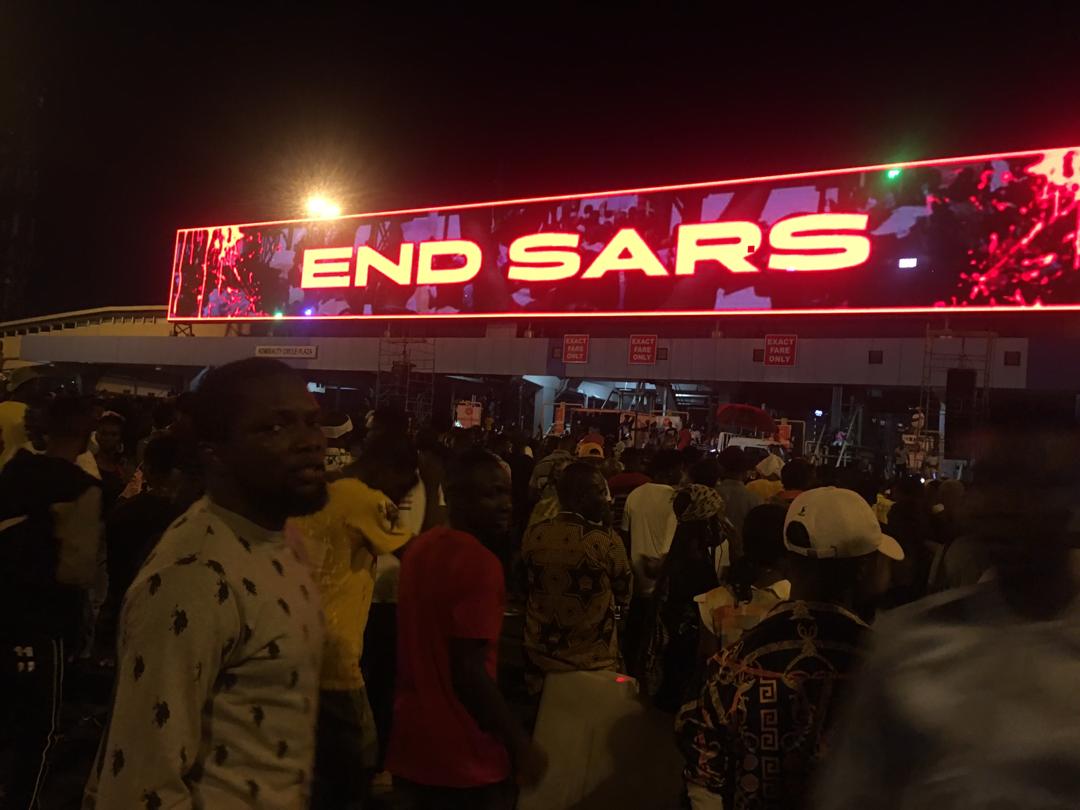 Dateline: 20.10.20. A Black Tuesday. The Day of the Lekki Massacre. Exactly, one week ago today, the Nigerian government unleashed the military upon peaceful protesters at the Lekki Toll Gate, Lagos. After 11 days of sustained protests calling for the total dissolution of SARS (a Special Anti-Robbery Squad gone rogue), justice for victims and prosecution of erring officers, the government abruptly declared a 24-hour curfew.

The defiant youths stayed put. Triggered by the audacity of the protesters who weren’t going to move an inch until their demands were met, the military was called in. The lights were switched off the lights, and a firing spree began. Thanks to an Instagram Live broadcast by a local celebrity, DJ Switch, the world watched as the Nigerian military executed unarmed youths while waving their country flag and singing the national anthem. By the time the smoke cleared, at least 12 people have been killed and critically injured. 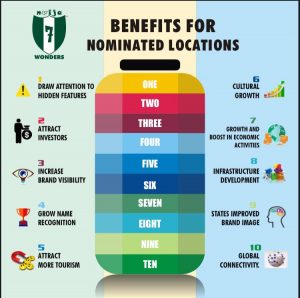 This unfortunate landmark incident marked the culmination of decades of police brutality in Nigeria. For a country blessed with beautiful landscapes, waterfalls, national parks and two UNESCO World Heritage Sites, road-tripping Nigeria should be the ideal holiday adventure. But the opposite is the case. Aside the very poor roads, travelling Nigeria by road is a nightmare, thanks to the countless road blocks mounted by men of the Nigeria Police Force. Instead of protecting motorists from armed insurgents and highway robbers, they shamelessly extort tourists, travellers and road users with reckless abandon. In some cases, they collude with armed robbers to dispossess passengers of their goods.

For a country with a nascent travel and tourism industry, security is a serious issue for many of our clients. Despite the various local travel packages we have, we still spend a huge chunk of our resources hiring armed escorts. When the pandemic struck, our fortunes nosedived. We struggled to pick up the pieces when the lockdown was eased. Thanks to the Naija7Wonders initiative by mentor, Mr Ikechi Uko, the industry came together to promote the best of Nigerian tourism. 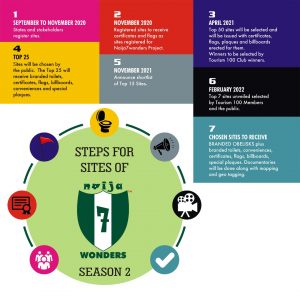 We spent several weeks promoting Nigeria to Nigerians. And thankfully, we made significant gains in uncovering new destinations across the country such as Mpape Crushed Rock, Abuja and Idere Hills, Oyo, while we also pushed Obudu Mountain Resort, Badagry Slave Town, Ado Awaye Hanging Lake, Epe Resort, Jara Resort, LaCampagne Tropicana, The Waterfalls Of Jos, among others. Then #EndSARS happened.

For many of us, it’s been a long time coming. Being a citizen of Nigeria is like enduring an abusive relationship in a marriage. You love your country but you can’t let it go. This battle must be won. We can’t keep living in a failed state and throwing our hands up in resignation.

Another unfortunate reflection of the bad governance we’re protesting against is the aloofness of government, as they allowed hoodlums to hijack the protests, resulting in looting and breakdown of law and order in certain states in the country. And some senior citizens keep asking if we’re asking for ‘war’. This is our response:

No one is calling for war. What we’re calling for is an end to police brutality, justice for victims, end to bad governance, value for human life, & a society where the son/daughter of nobody can become somebody.

And we need to stop spreading the ‘war’ narrative to drive fear. Instead, we should call out the government for not protecting lives and property. That’s their primary responsibility.

Chile has been protesting for a year now – without breakdown of law & order – and just yesterday the government accepted the results of a nationwide referendum which is to re-write the country’s constitution.

If you ask me, this is what Nigeria needs. The Change must be systemic. And it’s a marathon, not a sprint.

How To Cook A Delicious, Nigerian Atama Soup with N500

Preparing For Life After COVID-19 Pandemic: Top 10 Things To Do

How To Get A Japan Tourist Visa for April Tokyo Olympics

Still thinking of a weekend escape from your boring daily routine? Join us for an unforgettable holiday experience to Nigeria's...