Edward Booches: Volkswagen’s advertising will never be the same

This Volkswagen missed the boat. The chrome strip on the glove compartment is blemished and must be replaced. Chances are you wouldn’t have noticed it; inspector Kurt Kroner did.
In 1960 Volkswagen ran what may have been its most famous ad ever. Lemon. The one-word headline described a 1961 Beetle that would never make it to a dealer. It had a blemish on the glove compartment’s chrome strip, enough for VW engineer Kurt Kroner to reject the vehicle and inspire Julian Koenig, the DDB copywriter partnered with legendary art director Helmut Krone, to pen the famous ad.
The copy mentions 159 checkpoints and a willingness to say “no” to cars that don’t cut it. It concludes with the argument that VWs maintain their value better than other automobiles.
This preoccupation with detail means the VW lasts longer and requires less maintenance, by and large, than other cars. It also means a VW depreciates less than any other car. We pluck the lemons; you get the plums.
That ad, along with the rest of DDB’s first VW campaign, launched the creative revolution. It changed advertising forever. It also introduced America to what would become one of the most loved and respected brands of all time: a brand that stood for quality, honesty, and a commitment to its customers; a brand – not a company or a product – worth many millions of dollars.
As recently as 2014 VW carried a goodwill valuation of $23 billion on its balance sheet. While goodwill is an intangible asset (it represents the difference between a company’s hard assets — cash, plants and equipment, and inventory – and it’s market value, which is typically assessed when a company is sold) it’s an important one, for it suggests the value of the brand: all the thoughts, beliefs and expectations that come to mind when someone sees the logo or hears the name. Put another way, it’s a measurement of trust.
If VW had no cars, no dealers, no factories, what would its name be worth? That’s goodwill.
In Volkswagen’s case a lot of that $23 billion came from its advertising. In the 1960s and beyond, DDB gave us dozens of brilliant executions. In the early aughts Arnold launched the charming Driver’s Wanted campaign, introducing the Bug and promising the masses the joy of affordable German engineering. More recently Deutsch has made us smile and continue our love for the brand with ads like The Force, making us feel good about the cars and the people who drive them.
Sadly, however, we don’t feel that way about the people who make them. In recent weeks it’s been revealed that VW broke the law and deceived its employees, its dealers, and its customers. It’s heinous act – concealing the obscene level of emissions in its diesel models with a sensor and software that conveys phony data — makes us wonder whether we can trust any of the sensors and software in their cars. Do we really need new brakes a few days after our warranty expires?
I’ve owned a few VW’s in my lifetime. I bought them as much for the advertising as for the cars. VW’s advertising made me feel good about the brand, the car and myself.
And like anyone who has ever worked in the advertising industry I’ve admired the work and even been jealous of the agencies and creatives who made it.
Today, however, I feel sorry for them. They may not have been hurt as badly as customers who’ve seen the value of their cars plummet, or the dealers who are certainly likely to endure some rough times, but they too have lost something. Like goodwill, it may be intangible, but whatever sense of pride and accomplishment they feel for having been part of VW’s advertising legacy has been blemished. Like the glove box on the 1961 VW Bug.
Too bad Kurt Kroner wasn’t still around.
Edward Booches blogs @ http://edwardboches.com

How Do You Distinguish Between Creativity and Invention? 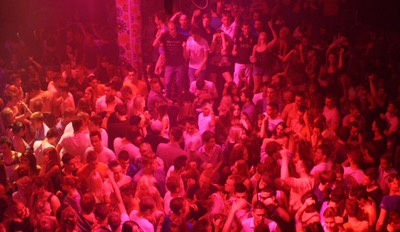 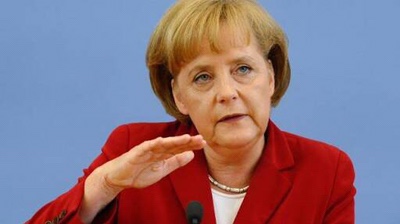