Don’t tell me about Lagos,
Because I’ve already lived here and know its root.
No, not about its “when you wake, wake me up” kind of life:
When you are out of your barricaded house before the first crow,
All to come back in the middle of the night;
While your loved ones in other parts of the country,
Are busy junketing in the dream land.

Yes, don’t tell me about Lagos,
Because I’m very accustomed to its daily hurdles.
No, not about its hustle and bustle –
Where insanity is the order of the day,
Where being gentle is synonymous to silliness;
Where everybody is in a hurry – always on the run,
And you would wonder:
If people of the city are worth envied.

Oh, don’t ever tell me about Lagos,
Because I know its encomium to the letter,
Like a neonate recognises his mom’s presence.
Yes, about his bumper-to-bumper situation
Where cars follow cars like millipedes filing out of their habitat;
And its recurrent “you-don-bash-my-car” episodes,
Where grammar flows like water,
And the word ‘traffic’ becomes a household name –
A disease worse than HIV to the Lagosians,
When you ask for CWAY to see the way!

Now why will you tell me about Lagos?
Because the system here has mixed with my blood,
And am always on the lookout like the ‘big boys’.
Yes, of its crimes of all sorts,
Where you sleep with two eyes opened,
Where trust is as scarce as gold
And deceit sells like water in the desert,

Now about its people, no don’t tell me.
Because I know – yes I am one of them:
Representatives of all the ethnic groups in the country,
Who have come to the London of Nigeria,
All in the name of greener pastures,
Forming the largest settlement in Africa.
Lagos – full of varied races,
Where the lazy and the diligent have free flow of operation. 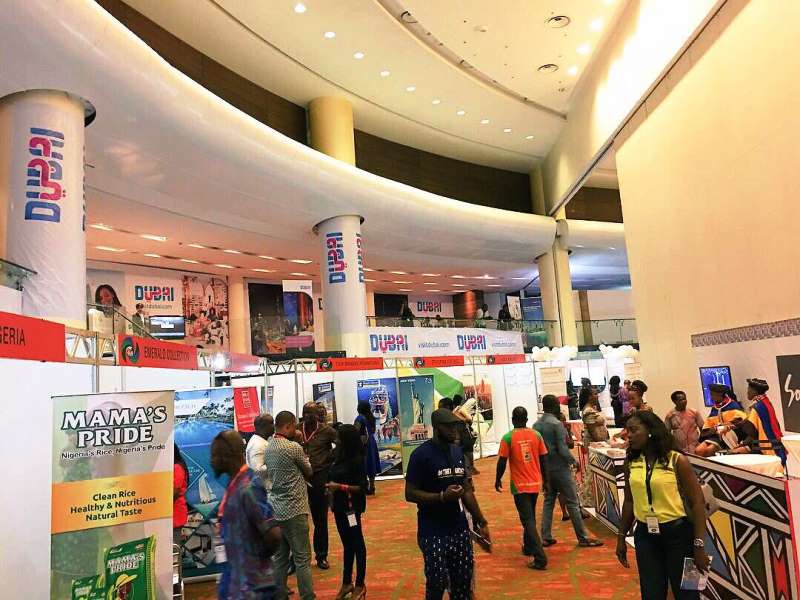 Why everyone is already at Akwaaba African Travel Market